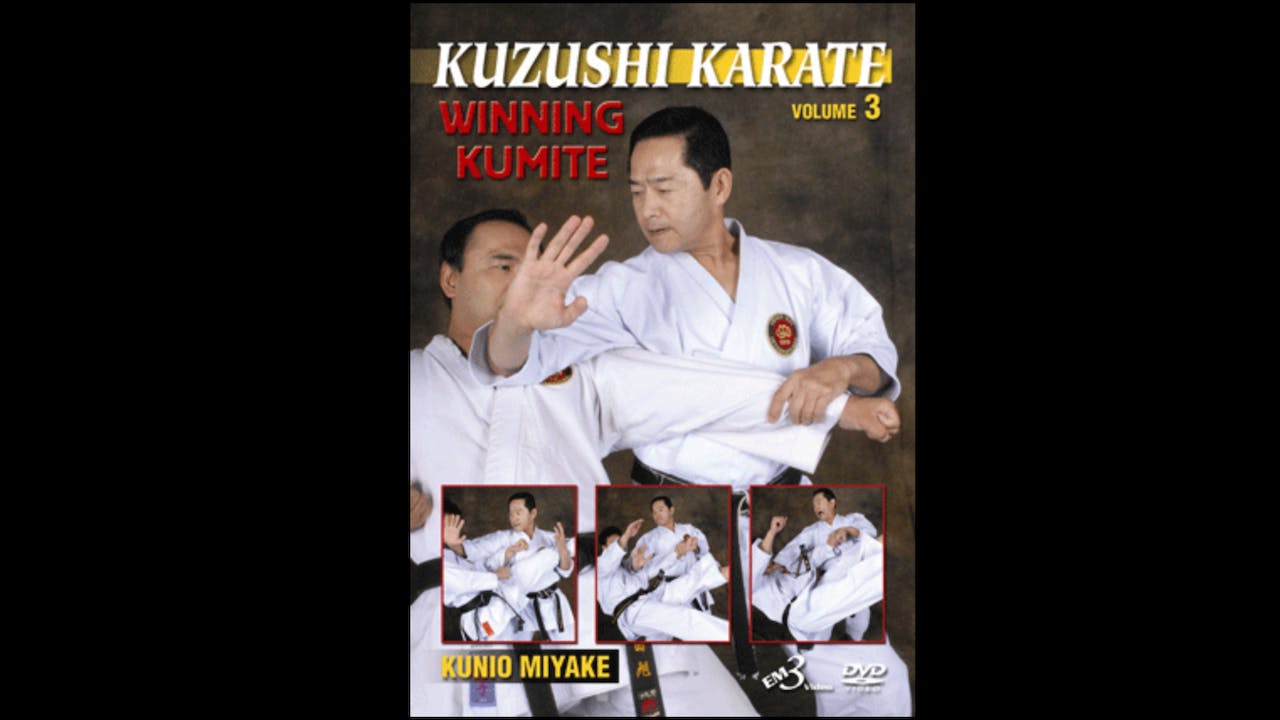 Kuzushi is a Japanese term for unbalancing an opponent. It means to level, pull down, or demolish. The main idea behind this combat principles is not just to unbalance the opponent; it also involves the process of getting an opponent into a position where his/her stability, and hence ability to regain compromised balance, is destroyed. Unbalancing the opponent will make him/her weak and in this disadvantaged position … which is when we should strike. The principle of “kuzushi” is very important in Kumite. Its proper application depends on maai (distance) and perfect timing. It is used in Kata “bunkai” as well as a follow-up to the basic technique application. The practice of “kuzushi” must be learned under the constant direction of a qualified Karate teacher in order for the student to assimilate the concept to the point that it becomes an integral part of his/her sparring arsenal. In this exclusive , Sensei Kunio Miyake, one of the world’s most respected Karate technicians, analyzes and explains in detail all the elements of this essential combat principle used in real self-defense and WKF competition kumite.