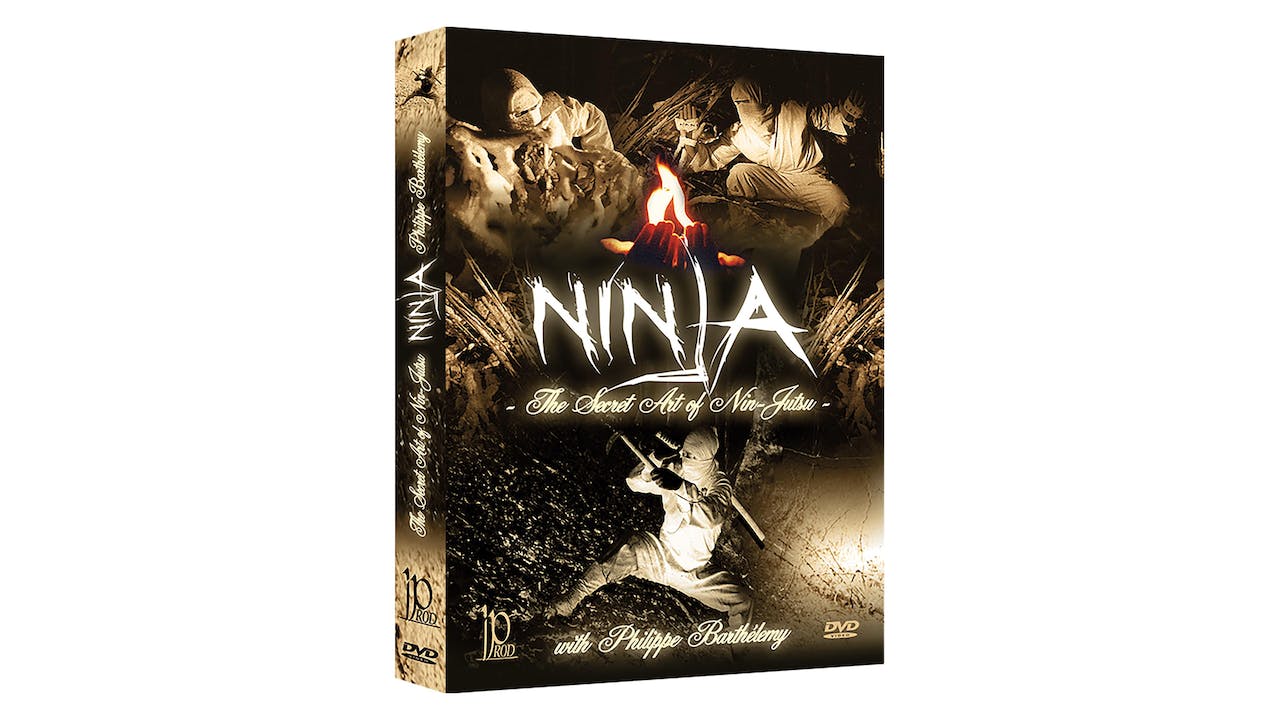 The Secret Art of Ninjutsu by Philippe Barthelemy

Philippe Barthelemy was the first European to practice Ninjutsu at the Bujinkan then at the Genbukan. Following Doran Avon (Israel) & Stephen Hayes (Usa), he was the first Westerner to be authorized by the Japanese masters to teach Ninjutsu. Pionneer and highest-ranked in Ninjutsu for Europe, he founded the Ninjutsu French Federation and he has been working since 1980 on spreading this Martial Art which remained secret for so long.

He’s been also teaching Hakko-Ryu Ju-Jitsu (of which he is Menkyo-Kaiden) for nearly twenty years, and Yagyu-Shingan, traditional school of the Imperial Guards, which he introduced in Europe in 1990. He is the only representative of this sacred school in the West : “Living Imperial Treasure”.

This video presents in 5 parts (according to the KO cycle of the 5 earth elements) the whole techniques that made the Ninjas the most famous, formidable spies who ever lived on earth. It also shows a part of the technical program, organized and tested for more than fifteen years.

This is also the true story of a unique teaching in Occident : the Uchi Deshi one. Uchi Deshi is, in Japan, the disciple living at the master’s house, a member of the family. Master Barthélémy allows his students to enjoy this teaching that he himself attended.

Ninjutsu is not only physical. Health is very important since Master Barthélemy also teaches Shiatsu at the Shiatsu School, a school teaching the instructors of the FFNJ. There you also study Energetics with Goshin-Thai-So, gymnastics based on the 12 movements stimulating the tendons muscles meridians.