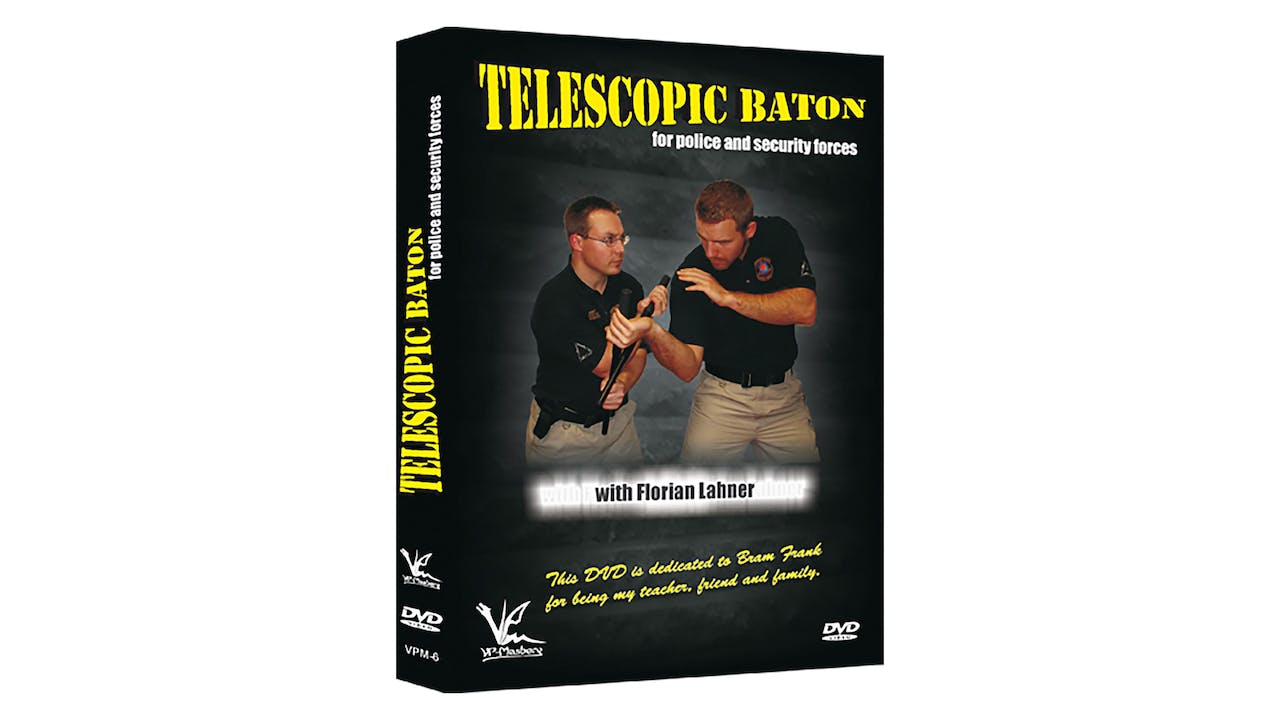 Telescopic Baton for police and security forces Florian Lahner belongs to the leading tactical educators in Europe. As one of a few private service providers he regularly teaches police, military and security service providers in Europe. For civilians, he offers a seminar program in order to teach effective, simple defense concepts. Here arts isn't the crucial point but rather realistic, simple applications which can be adopted after only little practice.

Florian lahner is a personal student of Bram Frank from the USA. He carries numerous degrees in different combat system and is senior tactical instructor for blade weapons, guns, impact tools, stick and empty hands.

The film is both meant for amateurs who want to use the bat as a tool for self-defense, for martial artists who would like to extend their horizon and finally for professionals such as security forces or policemen who use the telescope bat as part of their weapon spectrum. For this film we only use automatic telescope bats. Therefore we will use a big segment of this film to work with the closed bat in order to open it during the fight.
In the second half of this film we show you different techniques using the open bat which can be enforced using any other traditional bat-like object, too.

"This film is dedicated to Bram Frank for being my teacher, friend and family."