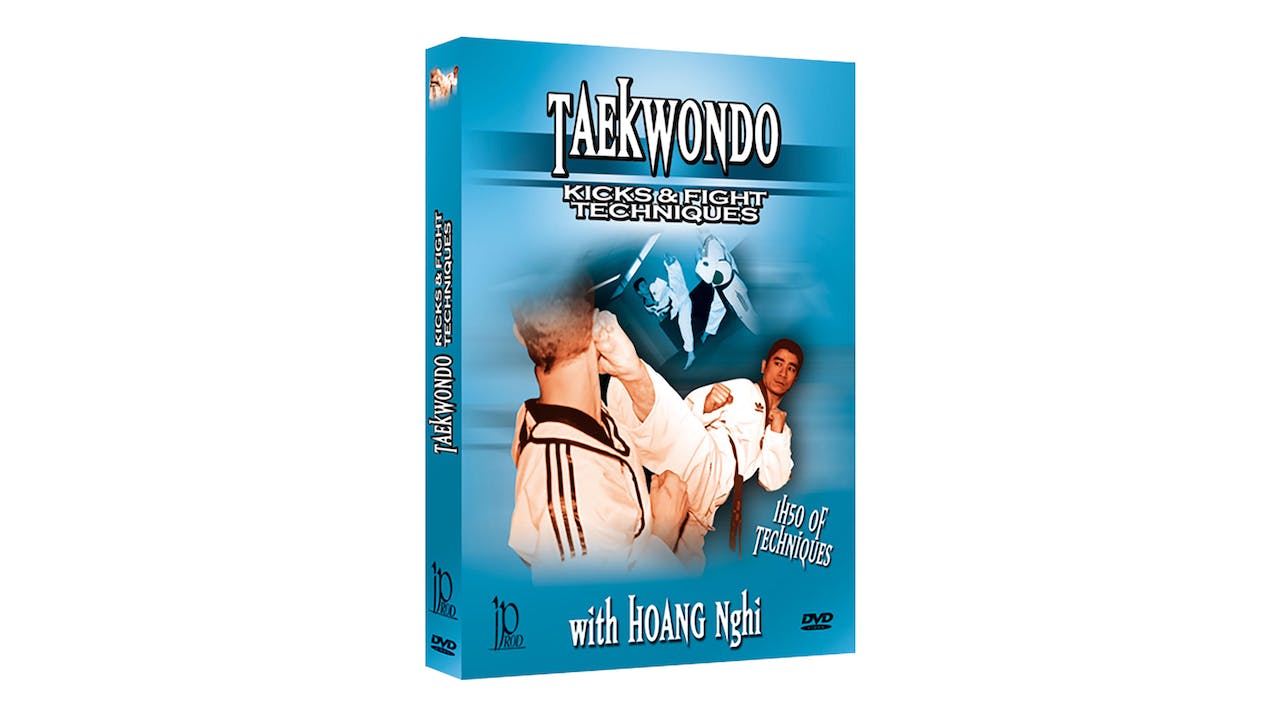 Taekwondo is a Korean martial art whose specificity is the use of kicks. It was admitted by the Olympics in 2000. Hoang NGHI, a former international champion, known for his technical expertise and for his fighting spirit, discusses the essential aspects of Fighting Taekwondo: range, block, moving, dodge, strike, strike back, counter, hand to hand exit, feint, combinations with target and with partners, punches, kicks… Techniques and advice of Hoang NGHI are aimed at Taekwondo initiates, but also at practitioners willing to show perseverance in the way of the fight.

This film is an educational tool that cannot be missed, for its contents and forms are substantial.