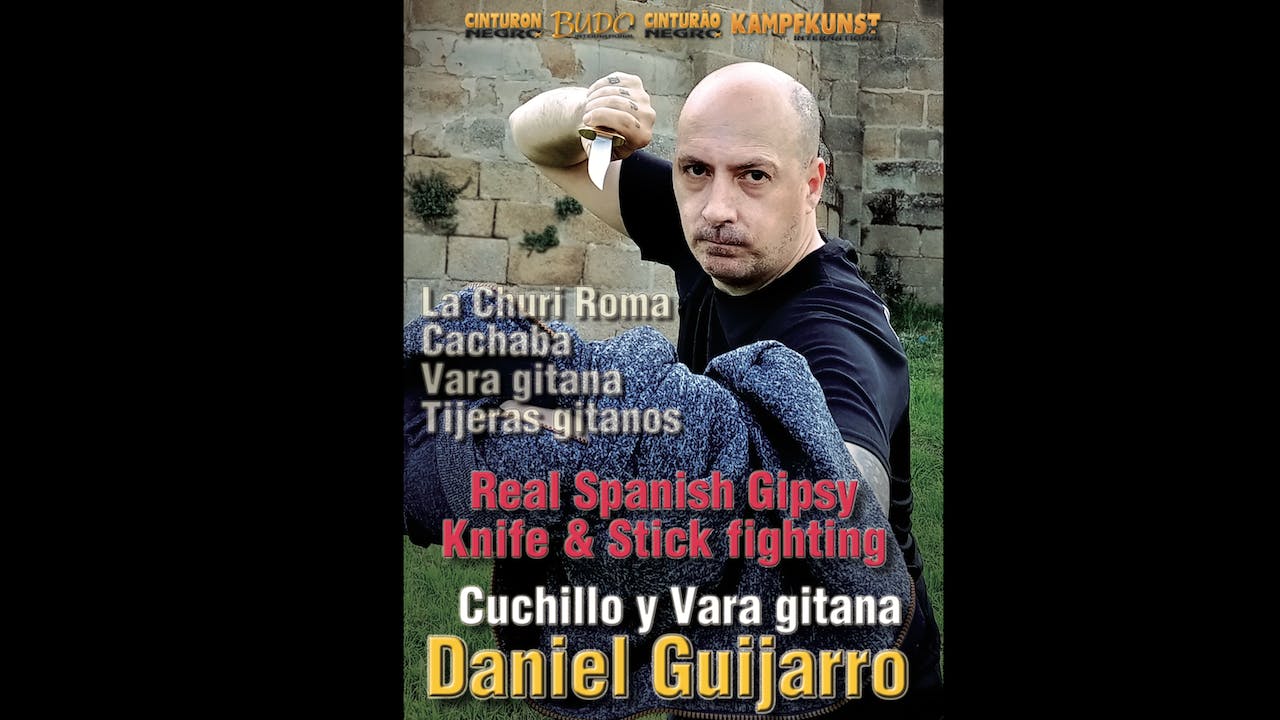 Master Daniel Guijarro presents for the first time and with the blessing of his own, the ancient tradition of knife fencing, the Cachaba and gypsy rod and gypsy fight of the Churi Romá School, from the lineage of the fencing of the Paulos, from the Salazar Montoya family in Ferrol, Galicia. This family fencing, inherited from the work of the "Barateros" and the bandits and whose first records date back to 1425, was kept secret, remaining as an exclusive practice and teaching only within the families themselves. In this first introductory work we show the 3 forms of fighting, or School Fencing: "Cachaba, La Vara" stick - cane, "Esgrima Cuchillo"-knife- and "Puño Limpio"- empty hands. The Cachaba and Vara Gitana has always been considered an art of honor and traditional righteousness. It is a direct, fast, very short, forceful and effective fencing, with 15 codified movements. In La Churi, the knife in Romani, the goal is always to seriously injure the opponent, all attacks are direct, cuts or thrusts made to vital points. It is also known in our tradition a system of empty hand defense, a gypsy pugilism, with significant differences with respect to traditional boxing, that you can discover. An ancient art that has remained secret until today, with formulas in which the effectiveness is guaranteed by necessity.