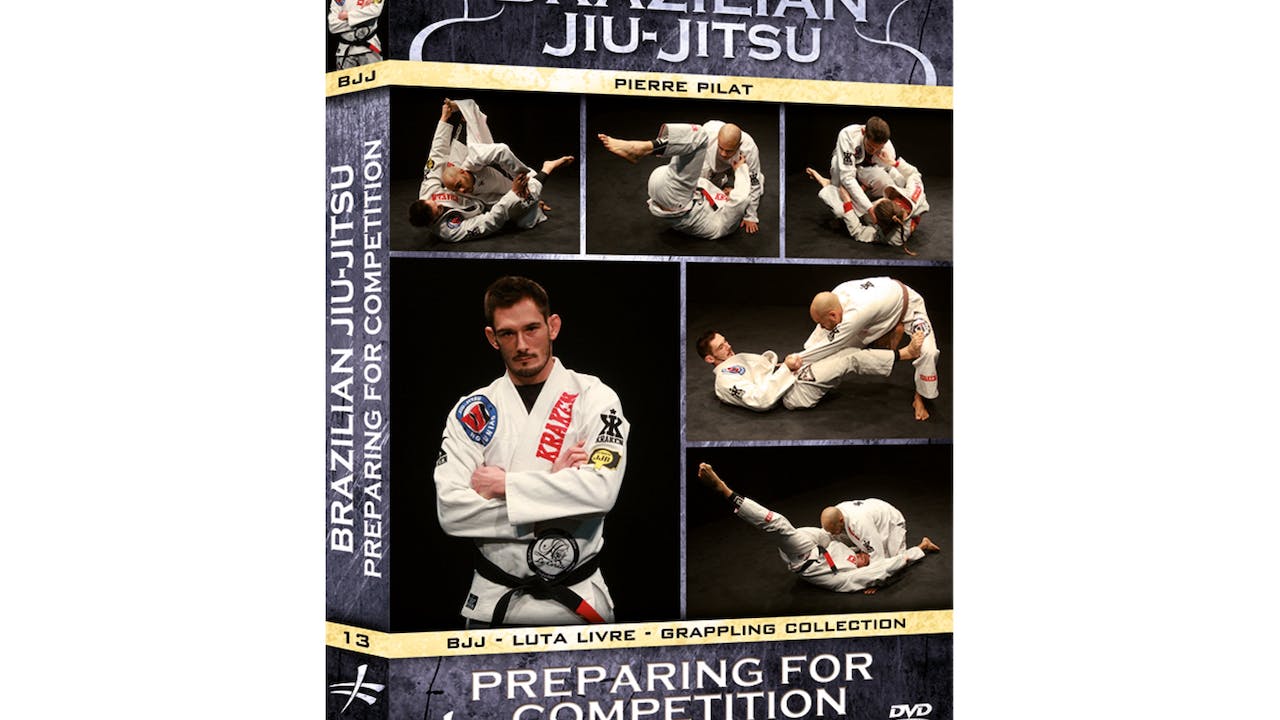 Discover a unique collection dedicated to the Brazilian martial art. Each master and expert detail their specialty through a series of instructional videos, shot on a black ground and a black background for optimum visibility of all movements.

In the manner of "Grappling: Preparation to competition", this film is not just another collection of techniques.... but a BATTLE PLAN for Jiu Jitsu competition. From standing position to how to take a grip and where to grip. This video gives “turnkey” complete sequences!

To install one’s game in competitions from the start to the finalization through several combat situations.

Leave nothing to chance; get in competition as a real competitor.