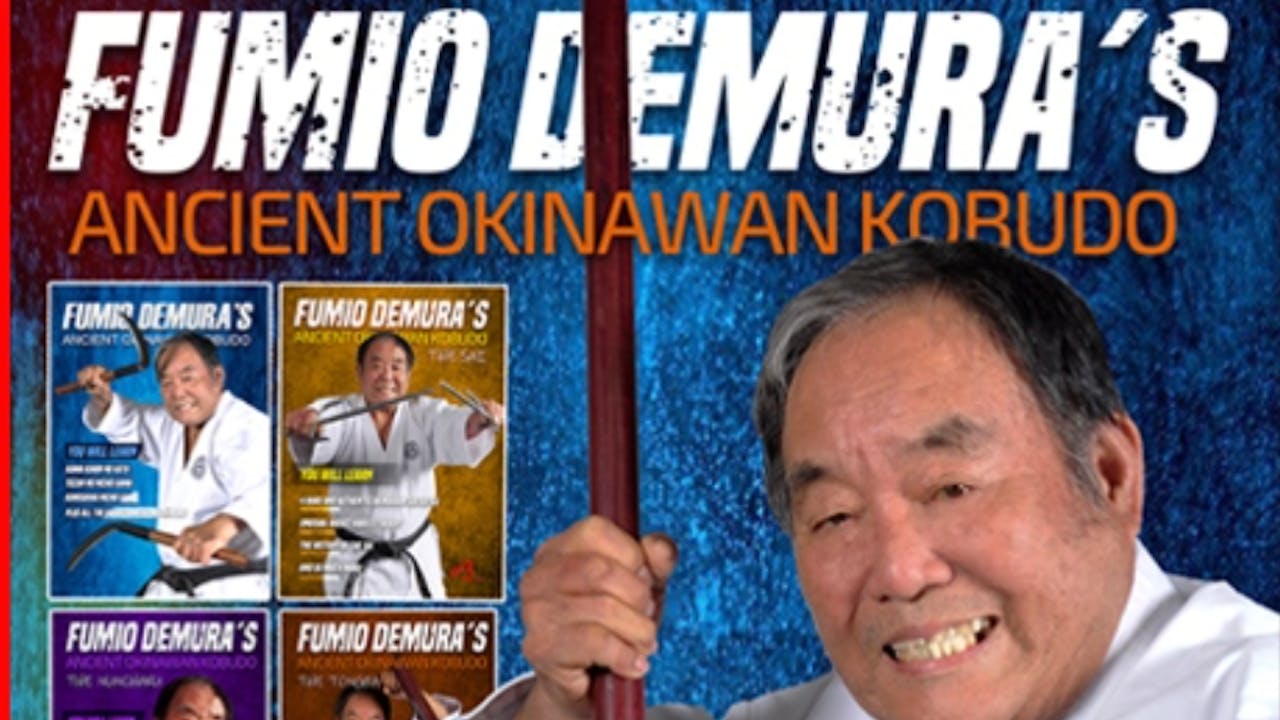 The TEKKO is a farm tool from Okinawa Japan. It was originally 2 horse shoes tied together to defend against a sword and was also one of the most deadly weapons the Okinawa farmers had at their discretion to use. The three katas are from a much longer kata possibly coming from China. Tekko Kihon No Kata, Tekko Dai and Tekko Sho have rarely been taught outside of Okinawa till now.

THE MAE-TE is another ancient Okinawan Weapon that probably came from China where it was originally much longer and was used as a crutch. This unique weapon has many advantages over its sister weapon the tunfa as it extends itself by about 12” and as well can be used as a nunchaku be swung and then attack generating much more power.

The SAI IS one of the most celebrated Okinawan Kobudo weapon. Ilearn 4 of the most famous Okinawan Sai katas, Kihon No Sai, Tawada No Sai, Chatan Yara No Sai and Tsuken Shittahaku No Sai kata which has been handed down directly to Senbsei Fumio Demura from his Sensei who learnt it directly from Taira Shinken.

The KAMA famous for Okinawan Kobudo is the featured weapon in this DVD. It was used by the farmers of Okinawa for cutting rice and any other daily needs of the farmer. Sensei Demura is famous for teaching the use of this weapon all over the world. You will learn: * Kama Kihon No Kata*To No Nicho Gama No Kata*Kanegawa Nicho Gama No Kata.

The TONFA was a farmers tool that was used for grinding rice and other farm chores. Sensei Demura who trained with Ryusho Sakagami who was a direct student of Kenwa Mabuni shows his lineage is impecable. This DVD teaches HISTORY OF the tonfa and basics, bunkai and these two katas 1. Tonfa Kihon No Kata 2. Hamahiga No Kata.

The KUWA or in english the Hoe is one of the most ancient weapons to come to Okinawa from China. The one and only form is called Kuwa Kihon No Kata created by Sensei Fumio Demura himself. You will also learn unique combinations bunkai and basics all related to this one weapon you will busy for months on end learning this weapon.

The EKU is a famous Okinawan weapon that simulates an oar used by Okinawan fishermen. The moves in these two katas Eku Bo Kihon Kata and Shiken Shitahaku Sunakake no kon are the two most popular Okinawan Eku katas that teach poking slashing smashing techniques that the fishermen would have used to defend themselves against the samurai who were attacking them. Bullet Points. LEARN *Two amazing Eku katas *The history of the Eku.

The BO This is one of the most comprehensive DVD’s of all the weapons DVD’s we have done with over 8 traditional katas, basic techniques, drills, demionstration techniques and much more as taught by Sensei Fumio Demura. Katas like Suchi No Kon Sho & Dai, Koryu Shushi, Sakugawa No Kon Sho and Dai, Soeishi No kon.

FURI GAMA (Kama) - This is probably the most exciting DVD in the series as you watch Thanh Nguyen spinning razor sharp kamas around like they were toys. You will learn 3 exciting katas made for competition for beginners Intermediate and advanced students. Watch as you see the intricate moves of this amazing agricultural tool from 1600 Okinawa.