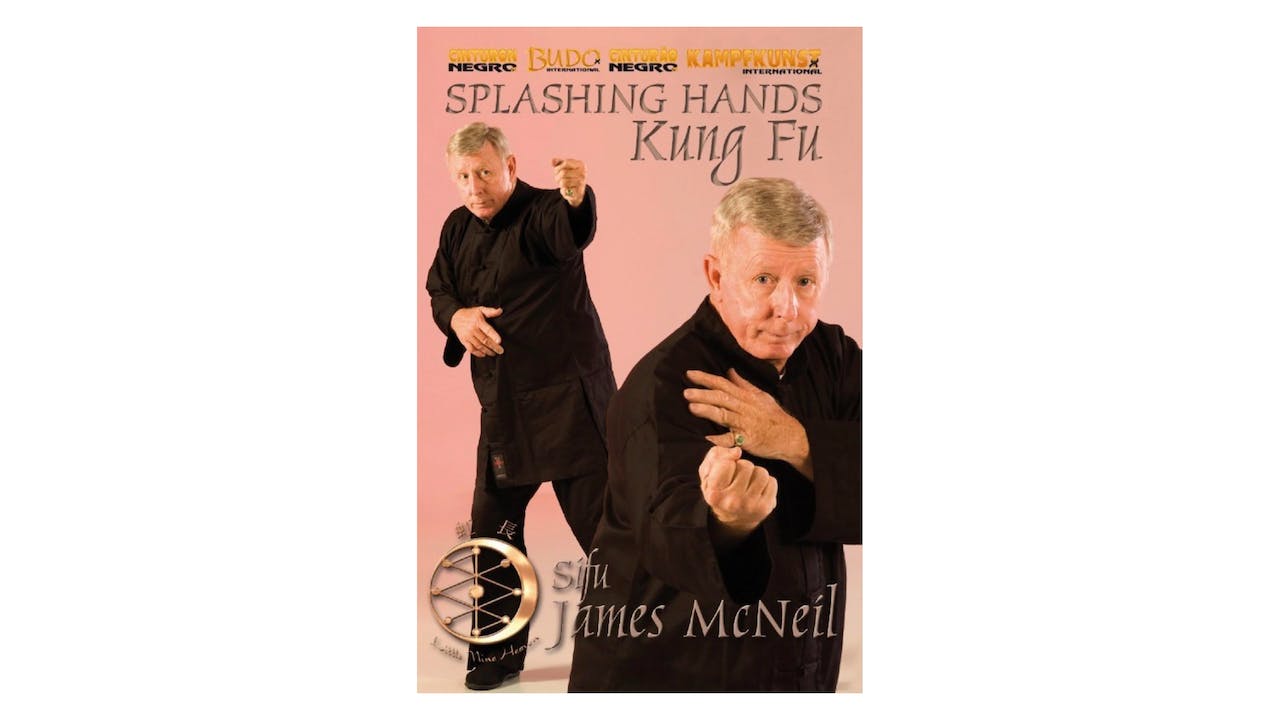 The Splashing Hands is considered one of the faster and most powerful Kung Fu street fight system today, and it is named after the hand movements, similar to splashing water, creating a kind of speed and power achieved only by grand masters. A quick footwork combined with low and straight kicks and punches and elbows at dizzy speed, making extremely difficult the adversary's reply. Feet and hands move as if in flames, but only the enemy gets burnt. Master James W. McNeil, who has been training in Taiwan for 41 years and is one of the 3 people in the world who knows the system nowadays, reveals its secrets in this instructional.