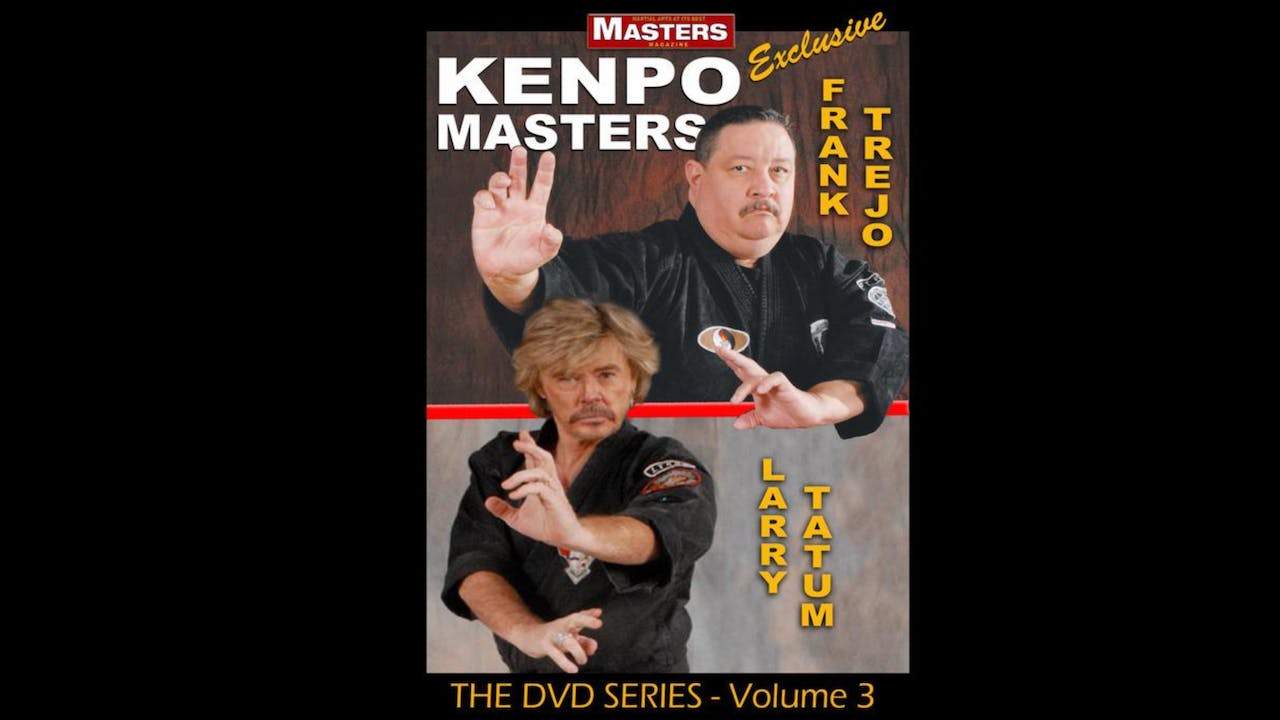 Mr. Frank Trejo's first experience with fighting began at the age of 7, when he started boxing with the instruction of his grandfather, Tony Dean Pina Jr. Grandpa Tony had two other brothers, Ray and Joe who were also very acclaimed to the art of pugilism back in the 1920's and 1930's. His formal martial arts training began with Shotokan Karate in 1966. Three years later he met and started training with the legendary Ed Parker. Being born and raised in a family of fighters Mr. Trejo was privy to many of the concepts and precepts that Mr. Parker created and devised. It was during the late 70's and through the 80's that Ed Parker would pick Frank Trejo to travel with him for demonstrations, seminars and world tours.

Larry Tatum began his study of Kenpo Karate in Pasadena, CA in 1966, and has become one of this style's most prominent figures. Recognized for his captivating seminars and articulate explanations of his art. Tatum enjoys a reputation as a gifted instructor and "teacher of Black Belts." Browse the site for info regarding Master Tatum's array of products to help your Kenpo grow to new heights, as well as information to his school in Sierra Madre, CA.