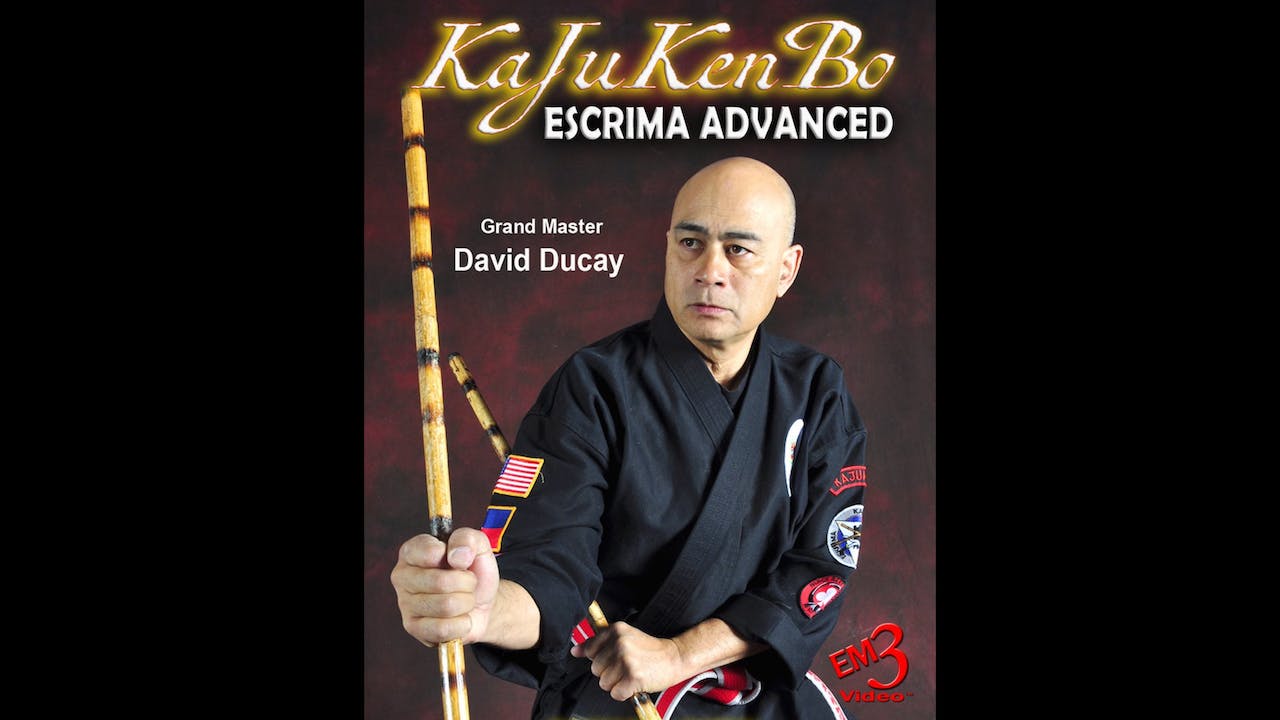 David Ducay is from the Navy town of Vallejo, Ca. located in Northern California.
He is a Karate - Filipino Martial Arts instructor who trained in KaJuKenBo, Doce Pares – Eskrido, a Grand Master under KSDI Board of Administrators (BOA). His martial arts journey started in 1973, training in Moo Duk Kwon (TKD) under Master John Nesbitt, David was an athlete a track All American hurdler in high school and stand out sprinter / hurdler at Stanislaus State in the late 1970s.

His first instructions in Filipino Martial Arts began in the early 1980s in the art of Kempo and Kali from the late Master Patrick Salientes, after he seek full time training with SGM Emil Bautista until he received his Black Belt, from there he learned Doce Pares Eskrima – Eskrido from the late SGM Ciriaco “Cacoy” Canete, then a Largo Mano family art called Sayas-Lastra Arnis under Master Eddie Lastra. David who worked at Corporate IT Companies, where he and a close friend/ co-worker opened up a Martial Arts training facility in San Ramon, Ca. to train Corporate employees KaJuKenBo / Filipino Martial Art. He had the opportunity to study under several Masters / instructors in empty hands and the arts of Kali, Arnis and Eskrima here on the West Coast of the United States.

In his research and experience for the Weaponry arts and KaJuKenBo, he was able to develop the KaJuKenBo Escrima Self-Defense System based on Sijo Adriano D. Emperado (Palama Settlement, Hawaii) and linage of Antonio Ramos Advance Punch Art Techniques with Co-Founders SGM Emil Bautista (Empty hand) and SGM Max Pallen Sr. (Senkotiros Arnis). In this 3 DVD set he and his assistance’s (Renel Amante, Mike Ritchie and Eddie Garcia), will go over some of the KaJuKenBo Advanced Drills with the use of the top down approach, Multi-Man Attacks Self-Defense Techniques Fighting Concepts and Training in the Environment with the use of modern Day Weapons for Self- Defense.