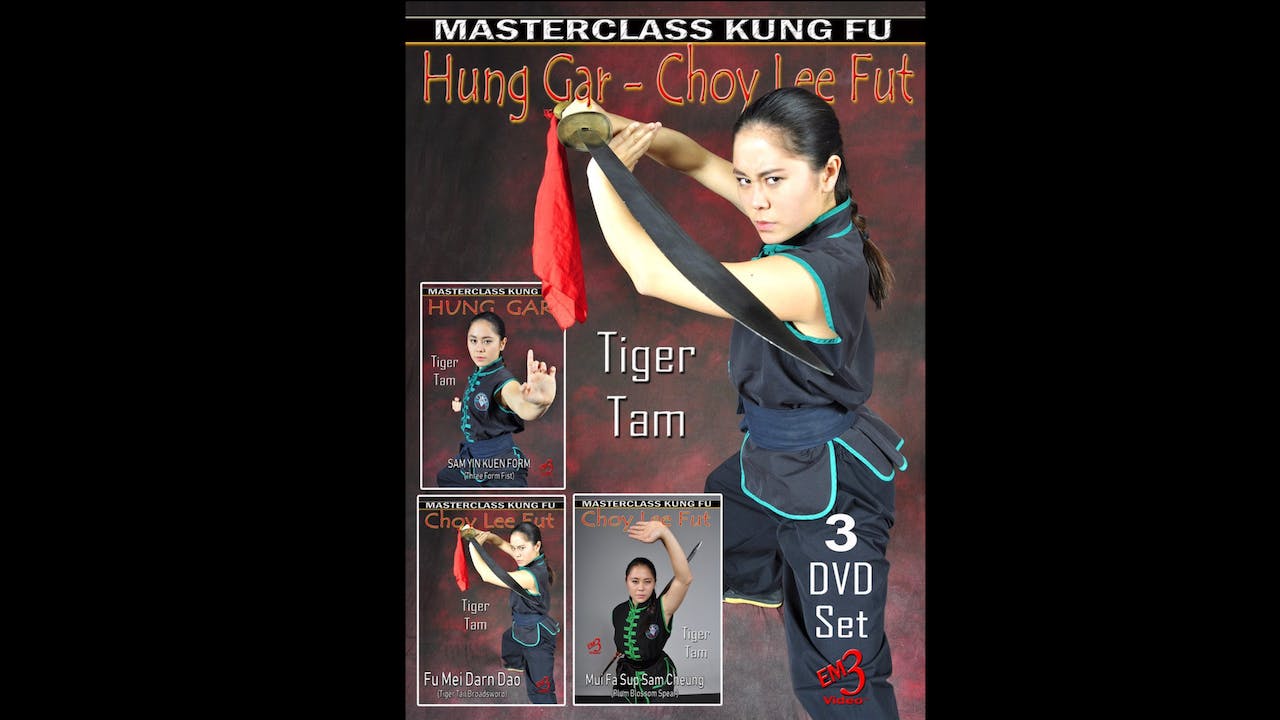 Vol-1 SAM YIN KUEN (Three Form Fist) Hung Gar Kung Fu from Grandmaster Buck Sam Kong Contains many strikes “disguised,” one might say, as blocks. Within every block is a strike and when doing/learning the form one should pay attention to the hidden hands. Moves and techniques in the form come from three main animals: Tiger, crane and snake.

Vol-2 FU MEI DARN DAO (Techniques of Tiger Tail Broadsword) Choy Lee Fut Kung Fu set . Used for hacking and making blunt cuts whereas straight swords are used for paring. Applications/techniques of the sword most often used/shown against a spear. Sword whips like a tiger tail and action should be fluid and fast-paced and require nimble footwork. Techniques of the sword are designed to develop grace and fluidity with the weapon.

Vol-3 MUI FA SUP SAM CHEUNG (Applications of the Plum Blossom Spear) Plum Blossom Spear set is an intermediate/advanced weapon set that comes from the Choy Lee Fut system. It incorporates a variety of fighting techniques against another long weapon like the staff or spear.

TIGER TAM one of the top students of Sifu Seng Jeorng Au (Au's Shaolin Arts - Honolulu, HI) began training Kung Fu at the age of four. Inspired by the movie "Crouching Tiger, Hidden Dragon" she spent all of her free time training, competing and winning numerous tournaments throughout Hawaii and the mainland. Now a graduate from UCLA she is working in the motion picture industry as a martial arts coordinator, actor and director.