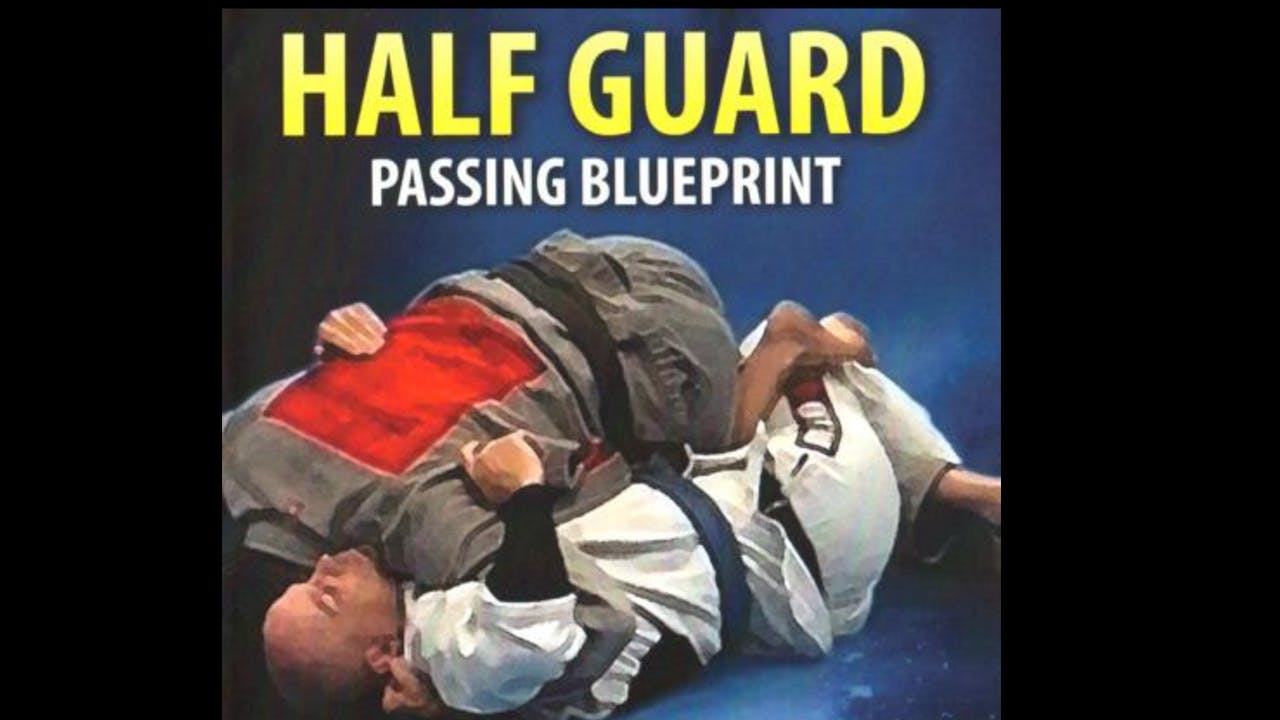 Do you keep making the same mistakes when trying to pass opponents with tough half guards?

Surviving super-tough half guards can be one of the most frustrating experiences in Jiu-Jitsu (let alone trying to pass)... but I'm handing over the blueprint that will change how you deal with this position forever!

I've had to contend with some incredibly tough half guard players over the years, and know how miserable it can be to fend off their attacks and try to pass.

But it wasn't until I took a BIG step back and really understood the physical mechanics behind all the different half guard positions and attacks that I realized I had kept making the same mistakes....

That's when the game completely changed for me. And now, in my two-part Half Guard Passing Blueprint course I'm handing you all of my 16+ years of experience to help you avoid those same mistakes – and start smashing even the nastiest half guard players in your gym!

In this new course (nearly 3 hours in length) you'll learn how to defeat:

Hooks (or "butterfly") half guard variations.

Stephen Whittier is a 3rd degree BJJ black belt and owner of Nexus Martial Arts & Fitness in Massachusetts. He's also a professional performance coach with years of experience teaching seminars and training camps across the country and internationally, and training everyone from recreational students to BJJ competitors and "A-list" MMA fighters.