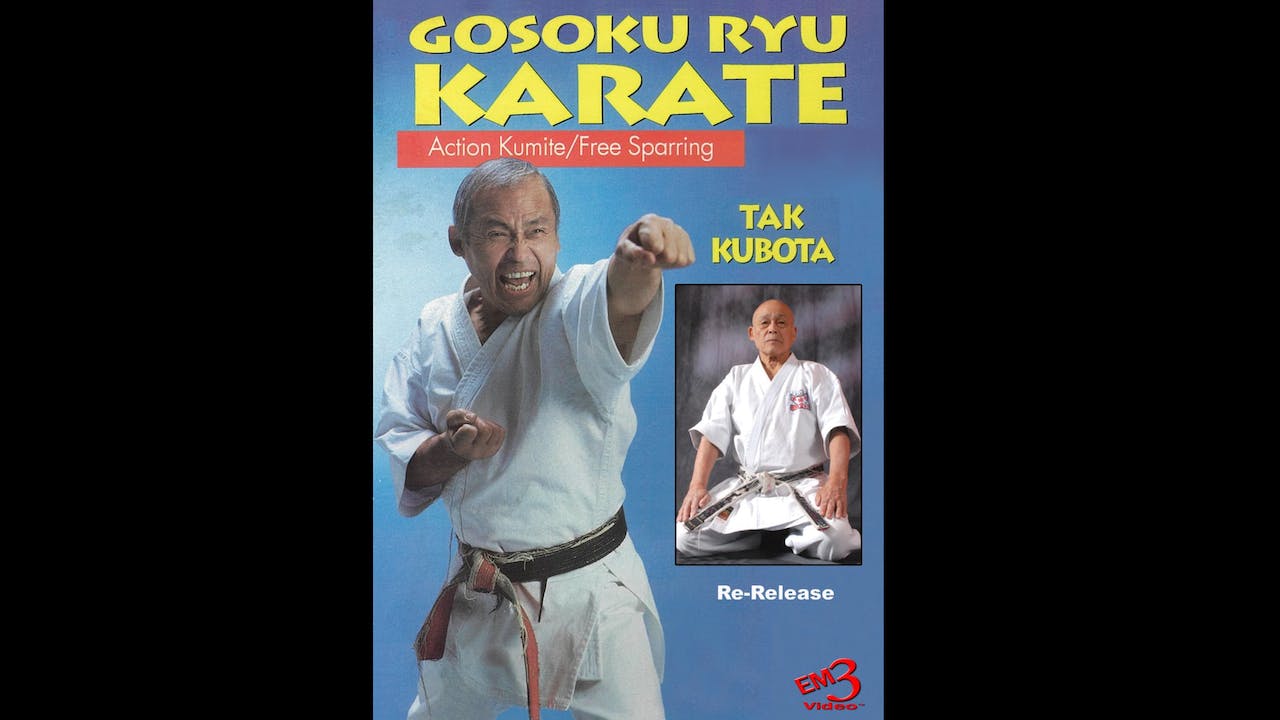 Tak Kubota is The President and Founder of International Karate Association and Go Soku Ryu Karate.

Early in life, Soke Tak Kubota sought to test the effectiveness of karate. And so he engaged in combat with a 200-pound wild boar. He killed the boar with a single blow to the head, but he still carries a five-inch scar on his leg as a reminder of the battle. Today, Soke Kubota continues to test the effectiveness of his system, which is called Gosoku Ruy Karate. Through years of trial and error, as well as experimentation under fire, Kubota has created the fastes, strongest and the most effective karate style. Tremendous speed and power are at the heart of the system, which encourages lightning-quick linear strikes that leave the opponent searching cover. Kubota president and general instructor of International Karate Association, is among the most respected karate masters in the world. And after viewing this video, you will see why the boar never stood a chance.