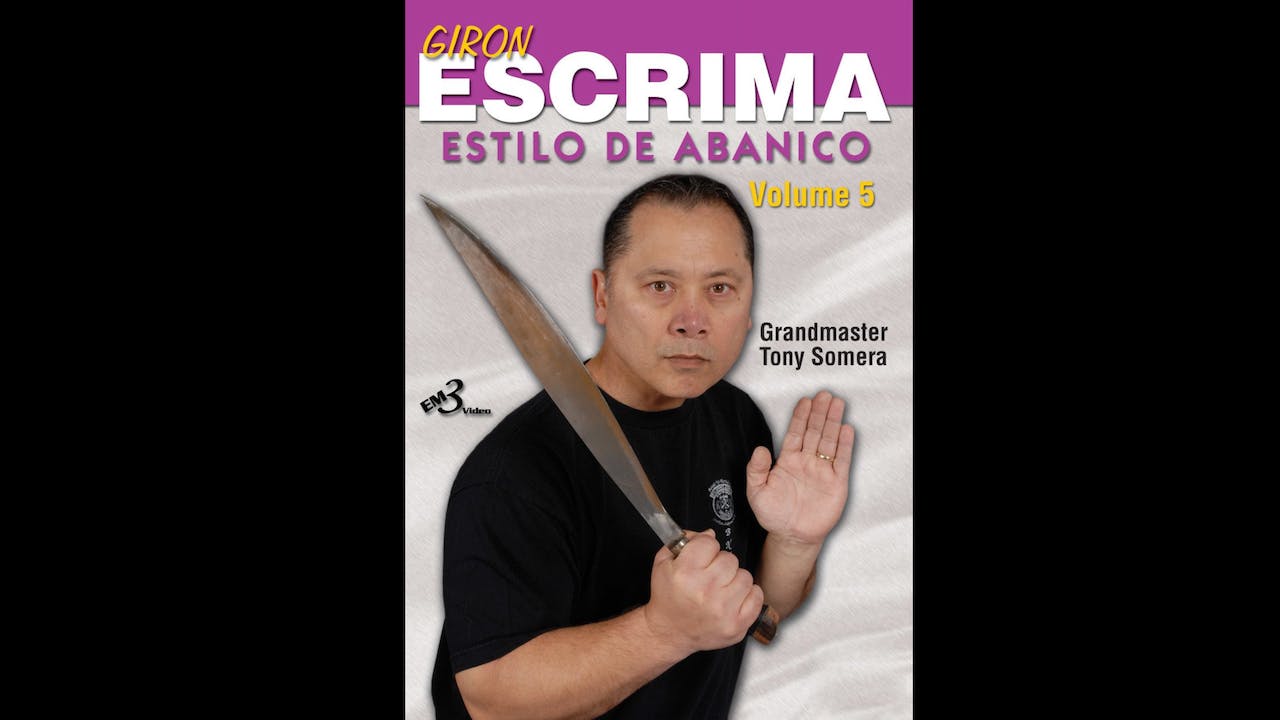 In the art of Giron Arnis Escrima, estilo de abanico refers to a bolo knife defense that—with the flick of the wrist—wards off strikes or thrusts coming from the front. This is one of the fastest motions used to deflect an attack, allowing the defender time to reposition himself in a more favorable location or posture. Counterstriking is included, with the emphasis on the tip of your weapon to get the maximum amount of power in short and powerful striking ranges. In many instances, shifting the weight of your body laterally from side to side, during the movement, is necessary to effect the abanico style.

As a direct result of superior skill and devotion to the principles, philosophy, and purpose of Bahala Na Martial Arts, combined with leadership and his master level instructorship, Master Tony Somera was promoted to the rank and responsibility of Grand Master by the late Grand Master and founder of Bahala Na Martial Arts Leo M. Giron. Grand Master Somera is the leading authority and promotes the art of Giron Arnis Escrima, along with its rich Filipino history and culture. Tony Somera is the only person ever to be promoted to the rank of Master and then Grand Master by the late Grand Master Emeritus Leo M. Giron.