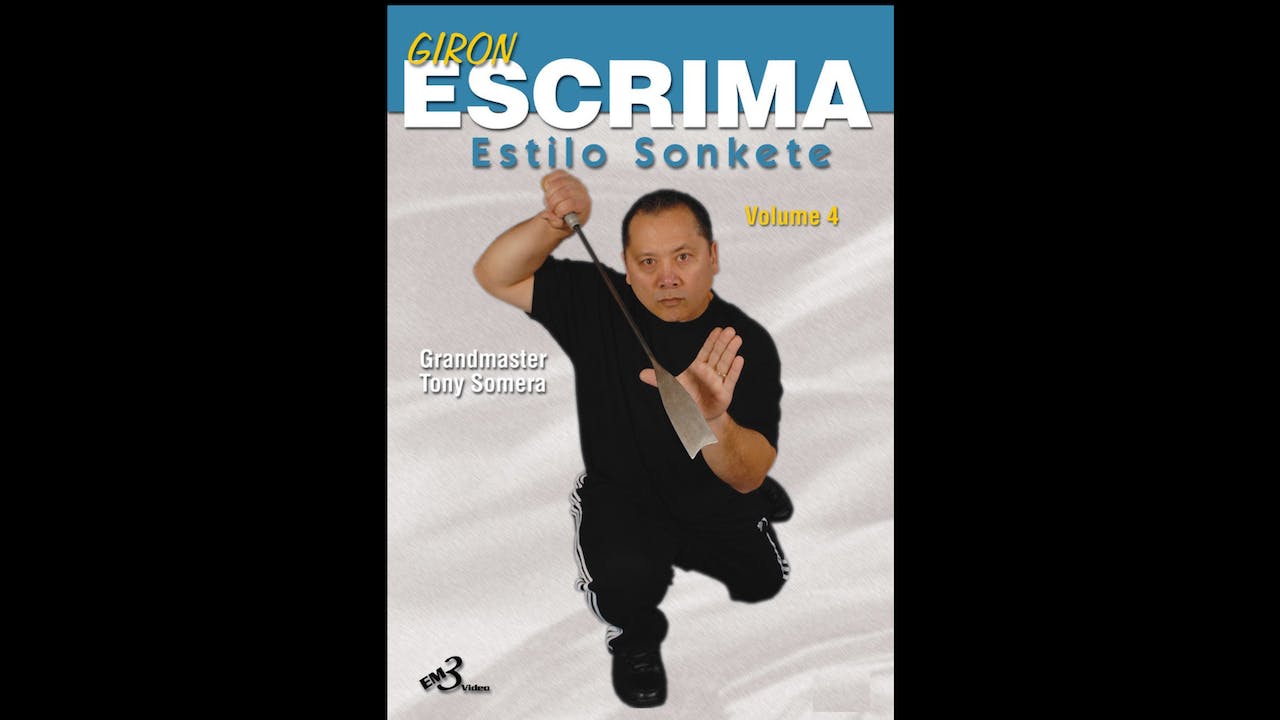 Estilo de sonkete is a thrusting and poking style using such rigid weapons as a bolo, panabas, or baston (stick). In this style, the escrimador thrusts his weapon into an opening in the opponent’s guard. This is accomplished in several ways. First, you can parry the opponent’s weapon with your left hand and thrust your weapon into the created opening. Second, you can block the oncoming weapon and slide your own weapon along your opponent’s until the point of yours makes contact with your opponent’s body. Either way, to make this style effective, the escrimador must use sidestepping to first evade the oncoming strike.

As a direct result of superior skill and devotion to the principles, philosophy, and purpose of Bahala Na Martial Arts, combined with leadership and his master level instructorship, Master Tony Somera was promoted to the rank and responsibility of Grand Master by the late Grand Master and founder of Bahala Na Martial Arts Leo M. Giron. Grand Master Somera is the leading authority and promotes the art of Giron Arnis Escrima, along with its rich Filipino history and culture. Tony Somera is the only person ever to be promoted to the rank of Master and then Grand Master by the late Grand Master Emeritus Leo M. Giron.