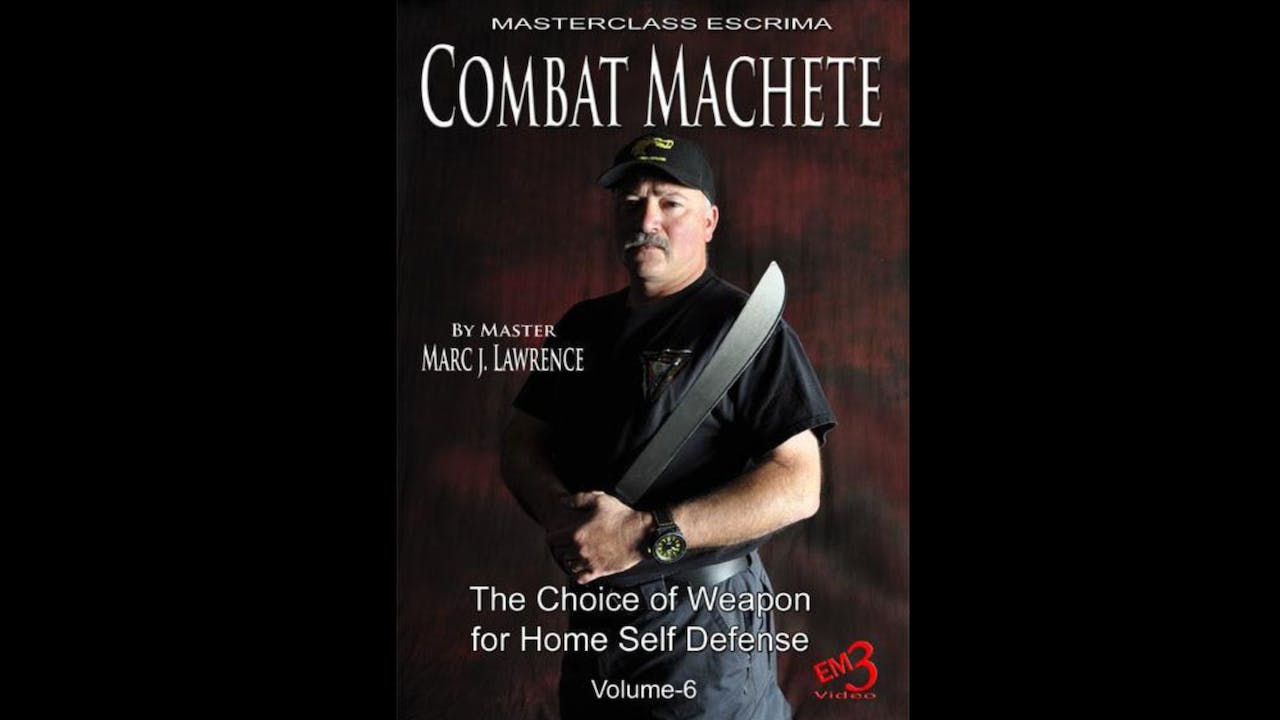 INCLUDED: Grips, Hammer/Sword grip, Sword vs Saber grip Stance & Footwork, Weapon hand lead, V Step, Offline ,Walking the Circle, Ranges: Long, Medium, Short, Wrestling, Guards, Various guards, How the guards are difference from the sword, What portion of the machete, Pressure and how it affects and changes the fight Movement/Tempo/Beat, Cuts:Long Range - 4 cuts to the hand and arm, Medium Range, Collarbone/Shoulder, Ribs and stomach, Thrust to head shot combo, Close Range, Jab (with blade), Cross (with blade), Uppercut (with blade), Blocks & Parries, Why we do not block blade edge to blade edge with a machete-sides, Hanging/Han- ger block, Inside & Outside block high, Inside & Outside block low Following parry, With flat, With spine, With the tip, Return/Riposte The concepts of a return, The natural returns to the above blocks and parries, Use of the off hand, Where to keep it so it does not get cut, Concepts of protecting the off hand in it’s use, Dangers of leaving the attachment, Checking, Pushing, Punching, Grabbing & pulling jambing, Use of the Foot, Kicking, Checking, Trapping, Sweeping.

The traditional arts are known as Kali, Eskrima or Arnis, stick, knife and hand to hand fighting was developed over a period of many centuries in the Philippines as her people fought for their independence from foreign invaders. Each skirmish with a new culture added to the Filipino Martial Arts as warriors developed techniques to combat foreign styles. Subsequently, more than 100 different Filipino Martial Arts styles developed, which can be grouped into three complete self-defense systems which utilize sticks, swords, empty hands and other weapons. Our core system is a Mountain Visayan fighting system bought to the USA by our system’s Founder (Pundador) GM Felix Roiles. His Grandfather called it Pakamut also called Pangamut. This referred to having skilled hands in Cebuano, a Visayan dialect. He shared this with Marc Lawrence, his families fighting system. Marc Lawrence had his own FMA fighting system that he had learned in his travels. In his travels and fighting other systems he developed the Modified Pangamut System. This is what he teaches and fights with, Marc Lawrence is our Punong Guro (Head Instructor) and he is a National Champion in the Filipino Martial Arts.