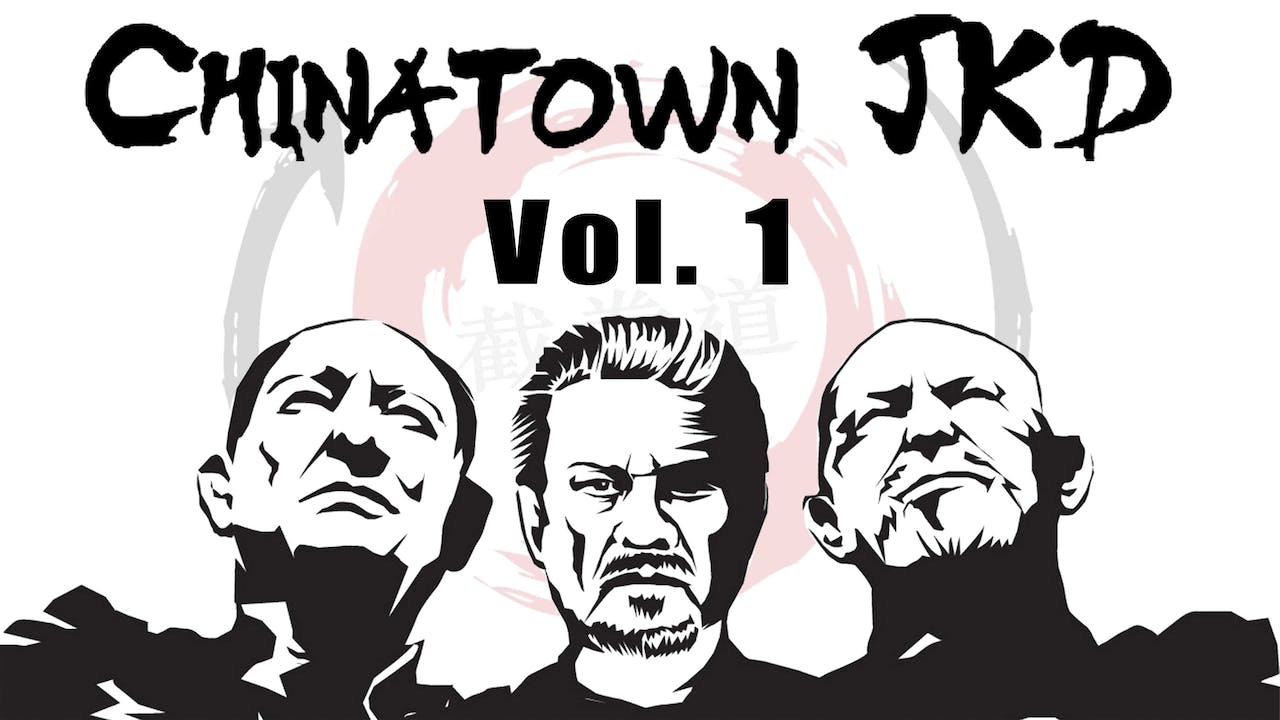 Learn Bruce Lee's art of Jeet Kune Do using these videos as a guide.

"Chinatown JKD offers a one of a kind learning experience in the Art & Science of Jeet Kune Do under renowned instructors Tim Tackett, Jeremy Lynch, and D.M. Blue. This video series contains all of the knowledge passed down from the founder of Jeet Kune Do to first-generation students Bob Bremer & Jim Sewell."

INTRO TO JKD: This lesson will get you acquainted with some of the basics of Chinatown JKD including the natural stances, on-guard position, and some core principles.

JKD LESSON 1: The objective of Lesson 1 is to introduce "Attacking Footwork" along with some basic striking, slipping and parrying of Chinatown JKD.

LESSON 2: The Level 1 phase of Chinatown JKD relates to the first of Bruce Lee's three stages in the cultivation of Jeet Kune Do, "sticking to the nucleus". As we begin to introduce the foundation of the Jeet Kune Do structure, or as Sijo Lee put it, the "nucleus", it is crucial to stick to this structure. The objective of Lesson 2 is to discuss "stalking footwork" and in particular how to use these techniques to move without breaking structure.

LESSON 3: In Lesson 3, we will introduce follow-up attacks. Sifu Jeremy will introduce a new strike, your first kick, new footwork patterns as well as combinations integrating what you have learned so far. We will also introduce another fundamental principle of Chinatown JKD.

LESSON 4: In addition to straight punches, Chinatown JKD has a lot of other hand tools at its disposal. In this video we will explore three new strikes: the backfist, the hammerfist and the finger fan. Sifu Jeremy Lynch also demonstrates the pivot footwork, the straight rear punch, and introduces isolation sparring.

LESSON 5: In this lesson we present a "bread and butter" technique of Chinatown JKD, the Straight Blast and its variations.

LESSON 7: This lesson introduces the principle of "Bridging the Gap" and the theory of "ranges" as it relates to JKD. The Leg Obstruction is demonstrated as well.

LESSON 8: In this lesson you'll learn 3 variations of the jab: the "Speed Jab", the "Flicker Jab", and the "Whipping Jab". We will also introduce the "long range" Side Kick along with some drills to develop the kick properly with the most power and snap.

LESSON 10: This lesson will cover "Trapping to Grappling", the swinging gate drill, and provide an overview of the hand positioning used in Chi Sao.

LESSON 11: D.M. Blue demonstrates the Huen Sao (trapping hands), ping chuie/gua chuie, plus the curve right/left footwork. For the drills and application sections we have included the shoulder roll (boxing) and kick defense.

LESSON 12: Jeremy Lynch covers the steal-a-step and the burst (footwork techniques). Sifu D.M. Blue finishes the lesson with the first defensive techniques against takedowns in the Chinatown JKD curriculum as well as the 3-count hook kick drill.

LESSON 15: Here we shift the focus to kicking and hand to foot combinations. Techniques covered in this lesson include the JKD Groin Kick, Inside Scoop Kick, Thrust Kick, plus some new attacking footwork!

LESSON 16: Improved defense is the objective for lesson 16. We address the Heel & Toe Sway, the Snap Back, the Bob & Weave, and Four Corners. An additional module introducing knee strikes in the Chinatown JKD curriculum is included as well.

LESSON 19: The objective of lesson 19 is to develop power in punching. As a bonus, Sifu Jeremy Lynch covers the mechanics of powerful kicks.

LESSON 21: This lessons focuses on combinations using the backfist. For example, the double backfist, backfist to traps like the pak and lop, and ending with hand-foot combinations.

JKD SALUTE: Jeremy Lynch demonstrates the JKD salute that we begin and end each class with. This is one of the traditional elements Bruce Lee kept from his Gung Fu training.

The ninth volume in the series contains one full lesson (LESSON 22):

MODULE A: Jeremy Lynch demonstrates one of the "bread and butter" techniques of Chinatown Jeet Kune Do, the Jam.

MODULE C: Basic hand to foot combinations are included here such as the Scoop kick to Straight lead punch, Hook kick to Backfist, and more.

The tenth volume in the series contains one full lesson (LESSON 23):

LESSON 24: The focus of this lesson is defending and escaping the neck-tie (thai clinch) and the over/under position (wrestling clinch).

LESSON 25: Level 1 finishes up with lessons on the Hammer Principle and the One Inch Punch. Sifu Lynch then wraps up by discussing what is required to test for the 1st Rank in Chinatown JKD.